I’m sure there’s at least one person out there who feels as though they have all the answers. Maybe they’re right. But, in my experience people who don’t hear themselves talk often as much as they talk themselves are the ones who say the most without really meaning what they’re saying. Listen closely and here’s why. 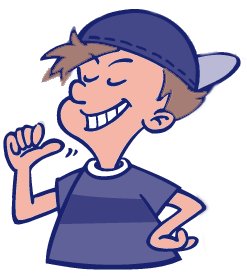 When you’re thinking about yourself you only use one kind of language. That’s your language of “I.” How do you hear me when I’m speaking to you? You only hear yourself talk in sub-groups.

For example, if you suffer from chronic glandular fever or migraine headaches you’ll be diagnosed as having “generalized” or “types” of these symptoms. You probably know that those two groups don’t really mean much to you other than the fact that you’re feeling them. So, what you say to yourself about those two symptoms could be, for example, “I suffer from migraine headaches and/or generalized chest pain.” If you used more than one word to describe each sub-group, such as, “I have general chest pain,” you would have a better understanding of yourself and your illness.

Don’t get me wrong. Those two examples aren’t even close to being an example of “I talk myself out of what I really am.” The problem with those two examples is that if someone else were to hear them they wouldn’t understand what you’re talking about. So, what do you do when you don’t hear yourself talk clearly?

One of the challenges for anyone who has chronic fatigue syndrome (CFS) or any other illness is figuring out “me” – or more accurately, our habits – can effect our body. For instance, our “talk” changes the chemicals in our brains and our “feelings” can produce different physical responses. In the case of CFS and many other illnesses today, our common “talk” seems to effect our bodies differently than normal.

When someone with chronic fatigue syndrome (CFS) comes to talk with his doctor, the first question the doctor asks is “Tell me about your fatigue.” The doctor may look at the patient and ask, “What are your symptoms?” The “talker” is expected to list the same symptoms over again, sometimes for hours. So, what are the things people with myalgic encephalomyelitis need to change about in order to feel better?

The answer to this question is complex, as it is for most patients. But one thing we do know is that myalgic encephalomyelitis often generates symptoms that are similar to those associated with CFS. Many patients report feeling tired, cold or anxious. Some may have memory problems and some have a decreased sense of taste or smell. There are other common symptoms, including muscle pain, a sensitivity to light and sound, and problems with balance.

In his book, Theorie: Philosophie Intempresse, Jean Piaget divided human knowledge into two categories: object and subject. He claimed that we can use either personal pronouns or adjectives to describe the things we cannot touch, experience or know directly. The idea of object knowledge has been influential in science and poetry for centuries now. According to Piaget, there are three basic types of knowledge: self-knowledge, reflection-knowledge, and experience-knowledge. According to Jean Piaget, our personal pronouns (I, you, he, she, we) are personal pronouns used to describe objects, while adjectives such as bad are used to describe qualities, conditions or events and good to describe the object as good or better than something else.