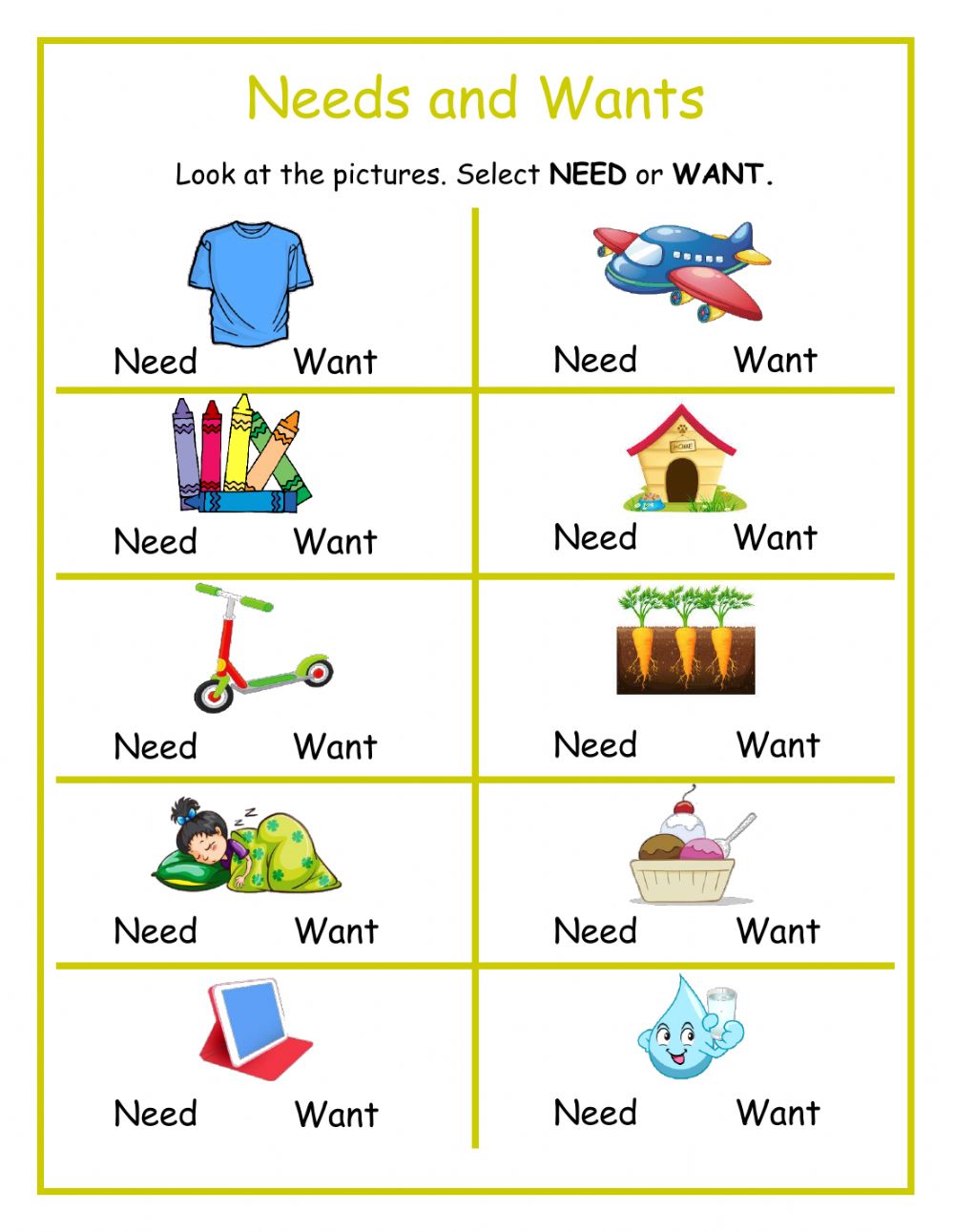 A need is something that is necessary for an organism to function. It is essential to life, and a deficiency in a need can lead to dysfunction. Unmet needs can result in illness, poor performance, or even death. In addition, an unmet need can create an emotional response, arousing an organism to action. The term need is often used interchangeably with want, which is a desire or desire to have something. However, wants are not essential for survival. Wants are not necessarily unhealthy or dangerous, but they can be a source of stress.

Needs can be classified into objective and subjective needs. An objective need is a tangible object, such as food, shelter, or water. Subjective needs include approval, self-esteem, and a sense of security. Some items may fit into both categories, and it is important to distinguish them from one another.

Need is a common word and is used both as a noun and as an auxiliary verb. For example, it can be used in phrases such as need me to say more or need I say more. Also, it can be followed by a present participle, such as need to be or need to be plus.

Need is a psychological feature that is required for life. It is a motivating force. Without a need, the individual will not be able to survive. When an individual does not meet a need, he or she will feel a sense of despair or failure. This deficiency can lead to a variety of problems, from mental distress to physical illnesses.

Although need and want are frequently used interchangeably, they are distinct in that need is a necessary requirement for living. Wants, on the other hand, are desires that can be fulfilled. If a want is not met, it will be a cause of physical and mental health problems.

As with other words, need is defined differently by culture and language. For instance, in North Frisian, the word nud means danger or fear. Other languages such as Middle Low German, Old English, and Scots use the word neodian, which means to be necessary for some purpose. Need is sometimes considered to be a positive trait. However, Julio Boltvinik Kalinka asserts that need is a factual term, rather than a positive or negative attribute.